From mitk.org
(Redirected from MITK/SegmentationRedesign)
Jump to navigation Jump to search 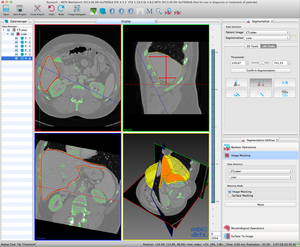 Since the MITK Workbench Release 2013.06 the whole segmentation group has been working on an extensive redesign of our segmentation plugin. With the MITK 2013.09 release we are proud to announce that this project is completed! Here is a list of the major changes and new features:

We cleaned up the segmentation view and removed unused GUI elements. We also extended its functionality with new 2D and 3D segmentation tools

Often a segmentation needs some post processing. Lets say you just performed a threshold segmentation and the result contains some "holes". In this case you would like to fill these holes automatically. Or you want to combine two different segmentations within one single segmentation image. For these cases MITK now comes with an extensive set of segmentation utilities in a separate view: 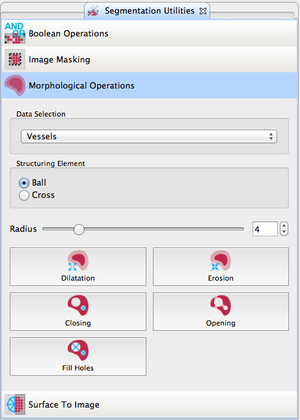